The Mighty Quinn Foundation is the 501c(3) behind the Stratford-based Shakespeare Academy @ Stratford, a summer theater program for college students; and the New Works Lab @ Stratford, a program to support playwrights and directors creating new writing. In 2016, it takes the reins for the town’s theater program, In the Spotlight, a 30-year-old, town-run theatre program for 7-12th graders. Wright operates the foundation with her husband, Chris Rooney, and their children. 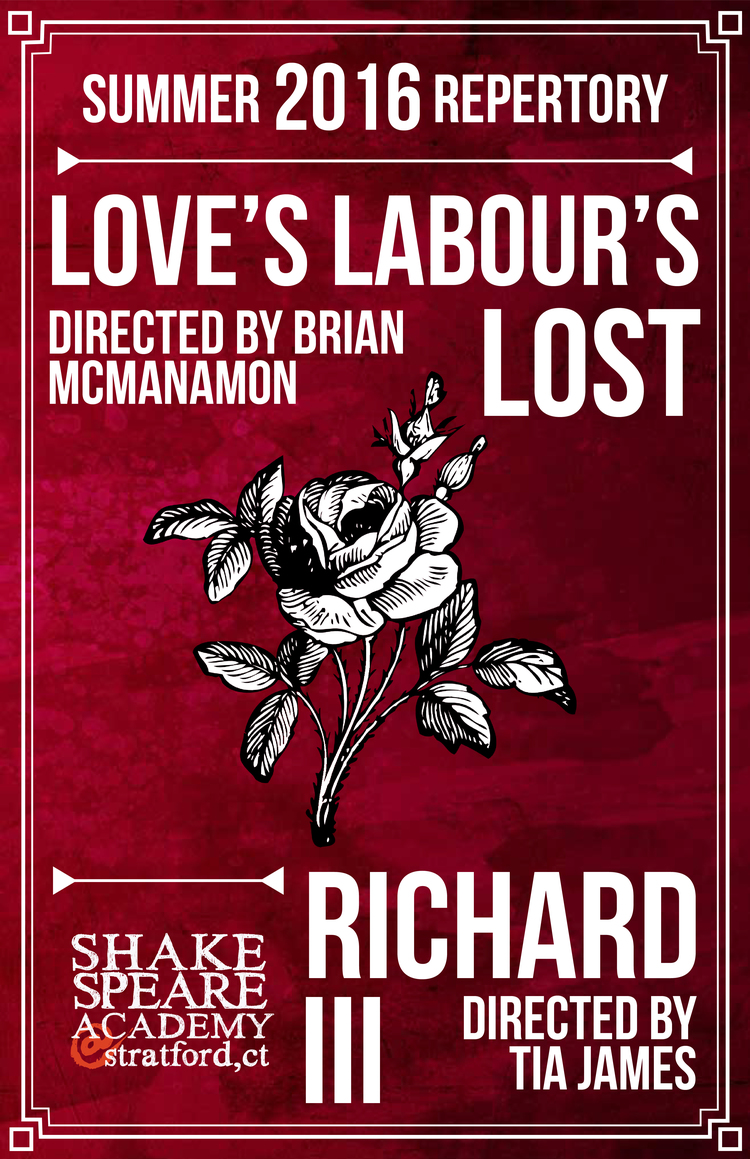 CAGCT: The foundation is named for your son Quinn, who died of a rare brain cancer in 2012. Tell us about why theatre.

SW: For most of Quinn’s life we lived in Stratford and Quinn grew up playing on the grounds of the Shakespeare theatre. He would mow the lawn when it was in disrepair. He loved theatre. He even wrote an impassioned letter to the people at the festival: why don’t you have more young people involved?

Because if you have young people involved, their parents will come to the show. It will sell more tickets. After he died, we wanted to create something to honor his spirit and joy.

CAGCT: Why did you choose Shakespeare?
SW: We approached two friends of Quinn’s who were recent college graduates. We had an idea of doing a theatre program on the festival grounds. They researched programs around the country and the world, and came up with the framework. It is filling a niche that had not been created elsewhere.

(The program is a six-week, educationally intensive workshop on the grounds of the former American Shakespeare Festival Theater in Stratford. Students take daily classes in Shakespeare performance and contemporary ensemble theater- making and perform two Shakespeare plays in repertoire at the end of the program.)

CAGCT: You lease space from the town at “The White House” on the Shakespeare grounds for your academy. The building has had some improvements. How is the space?

It’s a work in progress but it is great to have the space. We would like to have the ability to do programming throughout the year. Workshops for high school students to learn how to audition. Offer weekend classes for adult actors, that sort of thing. We want to keep expanding theatre programming, but we want to be sure we do it well.

CAGCT: The foundation’s latest addition is the long-running town theatre program, “In the Spotlight,” which many Stratford-ites know well. How did that come about?

SW: The town did not have the funding to keep it. So they reached out to us. Tammy Trojanowski will be helping to transition it. Three of my four children performed through the program, including Quinn.

They do a musical production in the spring/summer every year for youth. The one we are doing this year is “Urinetown” (which is a really awful name for a terrific show, by the way).

Alumni from the program are doing an Indiegogo campaign. And because there is not a theater that has air conditioning in Stratford, we are going to be doing the performances at the Klein Theatre in Bridgeport.

Auditions were in May and the program runs June 13 through July 23. It overlaps with the Shakespeare Academy.

CAGCT: It sounds like you’ve hit the ground running with this program.

SW: We have tons of very dedicated “In the Spotlight” parents, alumni and advisory board members! They are helping us do different parts of the program, helping us to keep the program alive.

CAGCT: You mentioned that you have other family involved in the foundation as well.

SW: Joe lives in the city so he isn’t involved in the day-to-day. He is our treasurer. Our son, Brendan, is the residential life coordinator. Katie, who is a junior at Laurelton, she does babysitting for the Master Class teachers and does anything needed to help things run smoothly. She helps with taking photos. And of course [my husband] Chris [Rooney] is the Board Chairman.

CAGCT: That is one dedicated family! Thanks Sue!

CAST, the Cambridge University American Stage Tour, group of young artists from the UK’s University of Cambridge will perform The Taming of the Shrew, Friday, September 25, from 7 p.m. to 9 p.m at the Shakespeare Academy @ Stratford (SA@S) on Elm Street.

Tickets are free, but should be reserved in advance. Donations are warmly accepted to support the theatrical group.

The event is presented by The Mighty Quinn Foundation, which in 2014 launched SA@S, a training-intensive summer rep company for college students which focuses on Shakespeare and Ensemble Theater Making. It completed its second season this summer.

CAST, established under the patronage of Dame Judi Dench in 2000, is one of the major international theatre tours of the University of Cambridge. It aims to bring the work of Shakespeare to as wide an audience as possible in the eastern United States.

Now in its sixteenth year, Cambridge University’s largest international tour show has been performing to packed houses and critical acclaim since 2000. Each September, Cambridge’s most talented actors, directors, designers and technicians travel across the Atlantic to bring a Shakespeare play to colleges, high schools and professional theaters.

The Mighty Quinn Foundation is a organizational member of the Coastal Arts Guild of CT.

Challenge: Water 71% of the Earth’s surface is covered by water. Up to 60% of our bodies is water. Water flows, waves, ripples, refracts light and seeks its own level. Your challenge is to make ... Read more Liquid Assets: October Arts meeting
View Calendar
Add

Stratford's FREE day of music is a wrap, but you can still enjoy more than 12 hours of music at our YouTube channel.